In this topic, the most important thing is to make primitive and reference value clear.

Actually, they are all values. Primitive holds the value itself, while reference refers to address value.

StringBuilder is an object with string manipulations. When Java passes it into test method, its reference address is still the same. 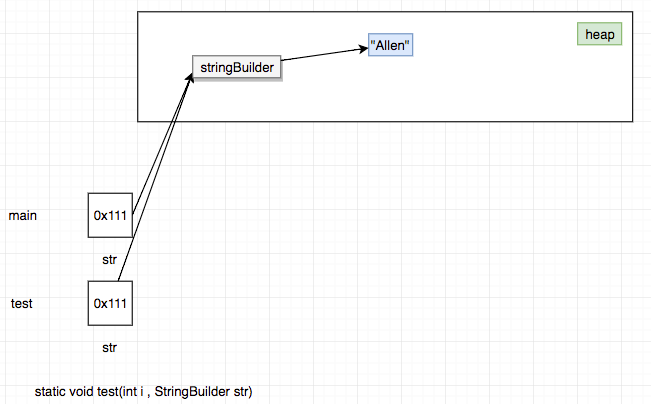 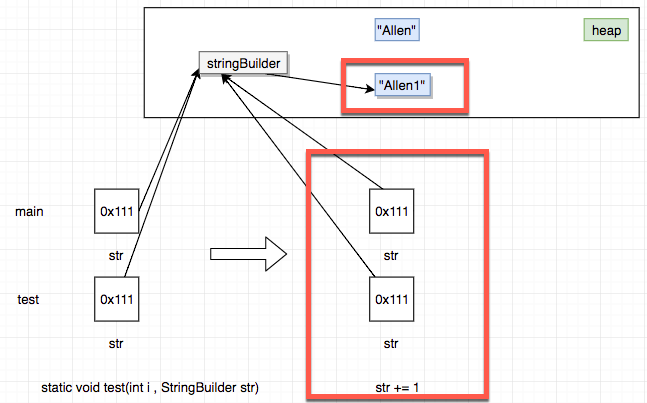 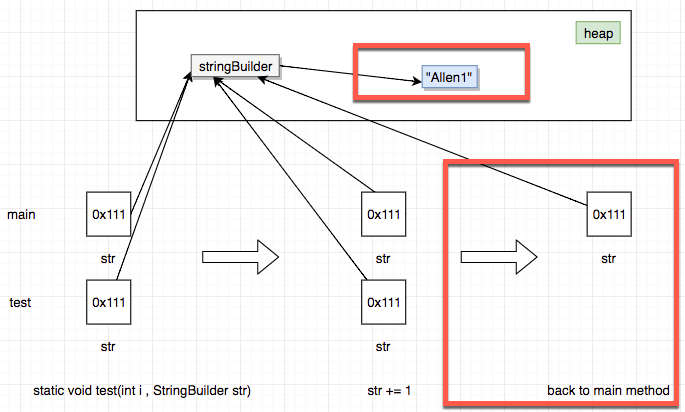